Dinner with
the President

Food, Politics, and a History of Breaking Bread at the White House

A Note from the Author

DINNER WITH THE PRESIDENT is a narrative history of American food, politics, and twenty-six presidents, from George Washington starving at Valley Forge in 1777 to Donald Trump's burger banquets, and Joe Biden's “performance enhancing” ice cream in 2022. The White House is the most important home in the world, and the meals served there communicate many things: the meals our leaders eat, who prepares and consumes them, and the context of presidential gatherings semaphore one set of signals; the Chief Executive’s food policies send a different set of signals. Taken together, these messages touch on everything from personal nutrition to the evolution of American taste (squirrel stew, jellybeans, kale), local politics, global diplomacy, climate change, war, race, class, gender, and the like. At the White House, every meal, every bite, has consequences – some intended, some not.

This book was inspired by a series of events. The first was Julia Child’s televised visits to state dinners in 1967 (hosted by Lyndon B. Johnson) and 1976 (Gerald Ford’s bicentennial celebration with Queen Elizabeth). The second was a private tour of the White House, offered by chance during the Obama administration, which I found unexpectedly moving. These moments dovetailed with my personal history – I was raised in a family of cooks where history and politics were often debated at the table – and led me, almost inevitably, to write this book.

DINNER WITH THE PRESIDENT is about of the politics of food and food of politics. It examines the primal impulse to break bread together (even with those we disagree with), how that impacts affairs of state, and the sometimes quirky tastes of First Families. I hope it will inspire people, especially those who assume history is “boring,” to consider the central role food has played in presidential history. I also hope it will encourage future administrations to highlight the food, cooks, and kitchens at the White House.

DINNER WITH THE PRESIDENT will be published by Alfred A. Knopf on February 7, 2023.

For preorders, please contact your favorite bookseller or order directly from the publisher. 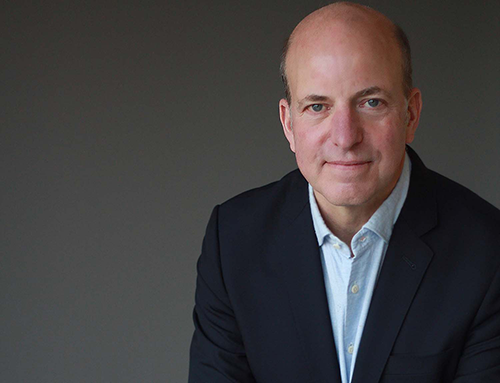 ALEX PRUD’HOMME is a freelance writer whose work has appeared in The New York Times, The New Yorker, and other publications. He is the coauthor of Julia Child’s best-selling memoir, My Life in France, and has authored or coauthored The French Chef in America, France Is a Feast, Born Hungry, The Ripple Effect, Hydrofracking, The Cell Game, and Forewarned. He lives with his family in Brooklyn, New York.

DINNER WITH THE PRESIDENT

“A deeply researched and beautifully written book about how the presidential palate has helped shape America. I found it fascinating.”

“Dinner with the President  is a splendid and captivating book about the power of food in American politics. ‘Breaking bread’ around the table creates a unique and powerful setting to bring conflicting people together and achieve positive outcomes.”

THE FRENCH CHEF IN AMERICA

A Note from the Publisher

Some of the most significant moments in American history have occurred over meals, as U.S. presidents broke bread with friends or foe: Thomas Jefferson’s nation building receptions in the new capital, Washington, D.C.; Ulysses S. Grant’s state dinner for the king of Hawaii; Teddy Roosevelt’s groundbreaking supper with Booker T. Washington; Richard Nixon’s practiced use of chopsticks to pry open China; Jimmy Carter’s cakes and pies that fueled a détente between Israel and Egypt at Camp David.Here Alex Prud’homme invites readers into the White House kitchen to reveal the sometimes curious tastes of twenty-six of America’s most influential presidents, how their meals were prepared and by whom, and the ways their choices affected food policy around the world. And the White House menu grew over time—from simple eggs and black coffee for Abraham Lincoln during the Civil War and celebratory turtle soup after and squirrel stew for Dwight Eisenhower to jelly beans and enchiladas for Ronald Reagan and arugula for Barack Obama. What our leaders say about food touches on everything from our nation’s shifting diet and local politics to global trade, science, religion, war, class, gender, race, and so much more.

Prud’homme also details overlooked figures, like George Washington’s enslaved chef, Hercules Posey, whose meals burnished the president’s reputation before the cook narrowly escaped to freedom, and pioneering First Ladies, such as Dolley Madison and Jackie Kennedy, who used food and entertaining to build political and social relationships. As he weaves these stories together, Prud’homme shows that food is not just fuel when it is served to the most powerful people in the world. It is a tool of communication, a lever of power and persuasion, a form of entertainment, and a symbol of the nation.

For preorders, please contact your favorite bookseller or order directly from the publisher. Learn More

“The kitchen is where we deal with the elements of the universe. It is where we come to understand the past and ourselves.”

“The destiny of nations depends on the manner in which they nourish themselves.”

“Nothing is more political than food. Nothing.”