The Story of The Century: A Conversation with Alex Prud’homme about The Ripple Effect

The Story of The Century: A Conversation with Alex Prud’homme about The Ripple Effect

You can live without oil but you can’t live without water. Alex Prud’homme on taking water for granted — and why water is the headlining story of our age. 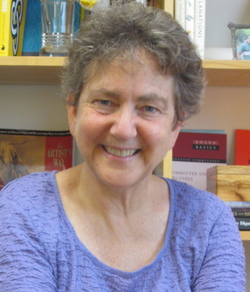 By Francesca Rheannon
Author and journalist Alex Prud’homme’s 2011 book The Ripple Effect: the Fate of Freshwater in the Twenty-First Century, inspired the making of the forthcoming film, Last Call At The Oasis. CSRwire sat down with Prud’homme to talk about the book.
Francesca Rheannon: Actually you’re well known for the book that you wrote with Julia Child. How did you go from that to looking at this issue of water?
Alex Prud’homme: I was working with Julia on her memoir, My Life in France. One day we were having a bottle of French mineral water at lunch and we were talking about how the Americans and the French view bottled water so differently. In France, mineral water is treated like wine. They think of it as a digestive aid and take it very seriously, whereas in the States we treat it as a quick and convenient alternative to soda. I thought it was an interesting contrast between two cultures over one product.
And that night we had dinner with a globetrotting hydrogeologist named Bob Moran. He said, “Bottled water is interesting, but that’s just the tip of the iceberg. What’s more interesting is that water is essentially the story of the century. Water underlies every other resource that’s out there.”
So whether you’re building homes or growing crops or mining for gold or fabricating computer chips, all of these require tremendous volumes of water. At a time when population is growing, the climate is changing and we’re using water in different ways, the pressure on water supplies is growing faster than the rate of population growth. Water is going to become a point of great tension, but also of great innovation. So, as a journalist my ears perked up at this immediately.

The Scope of The Ripple Effect

I started out with Poland Springs, Maine, and went 600 feet below ground to the new Tunnel Number 3 here; went out to New Orleans and saw the levees that collapsed in Katrina; went out to Las Vegas where Lake Mead has now dropped over 100 feet; went to Texas where I met T. Boone Pickens, the oil billionaire, who wants to privatize water from the Ogalala Aquifer and sell it to the highest bidder.

I went to California where they’re concerned about a megaflood in Sacramento and then up to Alaska, where I found a place that is the scene of what they call a “resource war,” pitting the last pristine sockeye salmon fishery in the world against a potentially huge new copper and gold mine.
Alaska is a place where climate change is happening faster than anywhere else. That’s one of the impacts you talk about in your book The Ripple Effect. What is the battle over water there?
The place I looked at is a region called Bristol Bay. It’s formed by the Alaskan Peninsula, a couple of hundred miles southwest of Anchorage. It’s really the bush and fantastically beautiful. It’s just below the Arctic Circle, incredibly rich in resources of all kind — for better or for worse.

Resource War Over The Pebble Mine Deposit

Every June, 30- to 40 million salmon come flowing from all over the Arctic ocean into Bristol Bay and they swim up rivers and streams to spawn.
And it turns out that not only is the entire ecosystem is built around this “red tide” that comes in, but there are many people who have been subsisting on the salmon. The natives lived on the salmon for thousands of years.
And at the headwaters of two of the most important rivers in Bristol Bay, an enormous mineral deposit, called the Pebble Mine Deposit, has been discovered and they want to build one of the largest copper and gold mines in the world there.
Mining is extremely dirty and will pollute the water; it also requires a lot of water. So, there’s a resource war going on there right now that is emblematic of the kind of thing that we’re going to be facing more and more in this century.

The question becomes, which is more important to society, the salmon and all the creatures and people that rely on it — or the minerals and those who rely on that? This is a very difficult question to answer and it’s been made extra fascinating because Alaska is stunningly beautiful and the resources there are so fantastic.

All this is coming to a head this year. It’s an election year; the President is under a lot of pressure to provide jobs and resources. At the same time he has declared that he’s an environmentally aware President.
The EPA is going to be doing a new water assessment to determine how much the Pebble mine will impact water supplies. And the mine company, which is the Pebble Limited partnership, will be applying for its permits to mine.
After 27 years of debate and deliberation, everything is coming to a head on the story right now.

You just mentioned the EPA: the Clean Water Act is something you also talk about in your book. You say, for example, that just in five years between 2004 and 2009 the Clean Water Act was violated at least 506,000 times!  In fact, you say, since the passage of the Clean Water Act, our water has not been getting cleaner. I think that would surprise a lot of people.
Well, it certainly surprised me. Forty years ago, Americans were made aware of water by several water related disasters. The most notorious was the burning of the Cuyahoga River in Ohio in 1969. It was so polluted that it spontaneously combusted. People were aghast that a river could burn.
This really brought awareness to the pollution problem, and ultimately led to providing ammunition for the environmental movement, the founding of the EPA under Pres. Nixon, and the signing of the Clean Water Act and the Safe Drinking Water Act.
They were very strong laws, but they have become obsolete over time. The problem is, not only are we polluting more, but there are new kinds of pollutants now, and the old laws simply don’t accommodate those.  I was shocked to find that in fact some of our waters are becoming more, not less, polluted, forty years after the Clean Water Act.

Right now in the run-up to the presidential election, the EPA has become highly politicized. Many people on the right — and even some on the left — have criticized EPA, calling it a job killing agency, saying that it’s ineffective.
What they don’t point out is that the EPA’s budget keeps getting cut. It’s been severely limited in some of its actions — and there’s been confusion in what they can regulate because of rulings by the Supreme Court on what constitutes wetlands. The EPA is really in a bunker mentality and it’s too bad. I hope it will have a renaissance in coming years.
What’s it going to take to make that happen?
Most people believe the Democratic Party would be more favorable to a strong EPA than the Republicans. There are a number of laws that the EPA has decided to defer until 2013, so if Obama is re-elected, it is likely that those laws limiting air and water pollution will go into effect.
But right now they’re being held in abeyance because they’re just too politically sensitive. On the other hand, if the Republicans win the election, it’s likely the EPA will continue to lose funding and clout.

My hope is that regardless of political stripe, the nation starts to realize how important water is. We all depend on clean water and clean air. You know the old saying, “You can live without oil but you can’t live without water.”
I think sometimes we lose sight of that, because ironically in this country we’ve gotten so good at trapping water, treating it, and transporting it, that it’s essentially become invisible.
We are in the enviable position of being able to turn on the tap at any time of day and get as much water as we want at any temperature for as long as we want, so we just take it for granted.

But when you look around the world, that’s really unusual. Over a billion people worldwide lack clean drinking water and 2.6 billion people lack adequate sanitation. Millions of people die every year due to preventable water-related diseases. Those numbers really put into relief how hydro-blessed we are in this country.

It’s my hope that books like mine and the film will raise public consciousness and people will start to think about water.
The film, Last Call At The Oasis will be released May 4. Alex Prud’homme will be speaking at the2012 Ceres Conference April 25-26 in Boston, Mass.

https://www.csrwire.com/blog/posts/374-the-story-of-the-century-a-conversation-with-alex-prudhomme-about-the-ripple-effect
Join me at the Newport Film Festival on Thurs
Alex discusses water with Maria Bartiromo on Earth Day