He plunged a pair of scissors into Pamela Carpenter’s chest, raped her, and stomped her to death. His IQ is estimated at anywhere from 51 to 63. Should that exempt him from the death penalty? This month the Supreme Court will provide only part of the answer.
By Alex Prud’homme; additional reporting by Joanne Harrison; Photos by Jim Goldberg 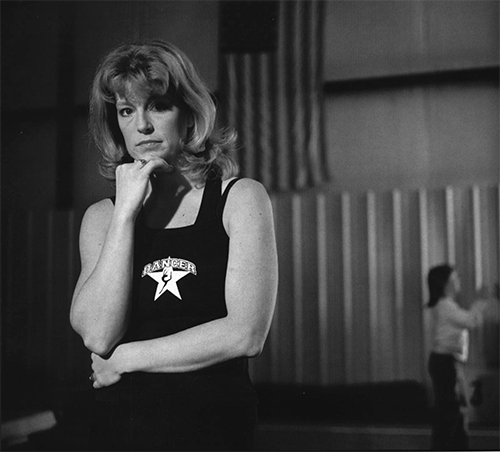 JUST BEFORE THREE O’CLOCK LAST NOVEMBER 16, THE WARM afternoon and creeping sense of inevitability in Huntsville, Texas, were suddenly interrupted by the shrill sound of ringing cell phones. ‘wen people all over this small town-women, mostly-began to cry out. Some cried in relief, others in anguish.
At 6 p.m. that evening, 44-year-old Johnny Paul Penry was scheduled to be strapped to a gurney at the Walls Unit, an old red brick prison building known as “the death house,” and executed by lethal injection. He’d been convicted for the brutal 1979 rape and murder of Pamela Moseley Carpenter, a 22- year-old housewife in the East Texas town of Livingston. But Penry was no ordinary convict. He had an IQ somewhere be­tween 51 and 63 (the intelligence level of a six-or seven-year ­old) and had been horribly abused as a child. He still liked to draw with crayons, and he believed in Santa Claus. As a result Penry was at the center of a raging controversy: Should the men­tally retarded be put to death for capital crimes?
All afternoon Huntsville had swelled into a kind of macabre carnival filled with pro- and anti-death penalty protesters and TV news cameras. Inside a holding cell, Johnny Paul Penry – a man of medium height with black brush-cut hair and wide-­set eyes behind thick black-framed glasses-nervously wolfed down the pickles and cheese left by the previous tenant, who had been executed. “Execution isn’t so simple to explain to some­one like Johnny,” recalls Father Stephen Walsh, Penry’s spiritual adviser. “We talked it over in terms of sleeping, and he eventually calmed down.”
It seemed inevitable that Penry would soon become the third inmate executed in Texas that week-and the 38th that year. 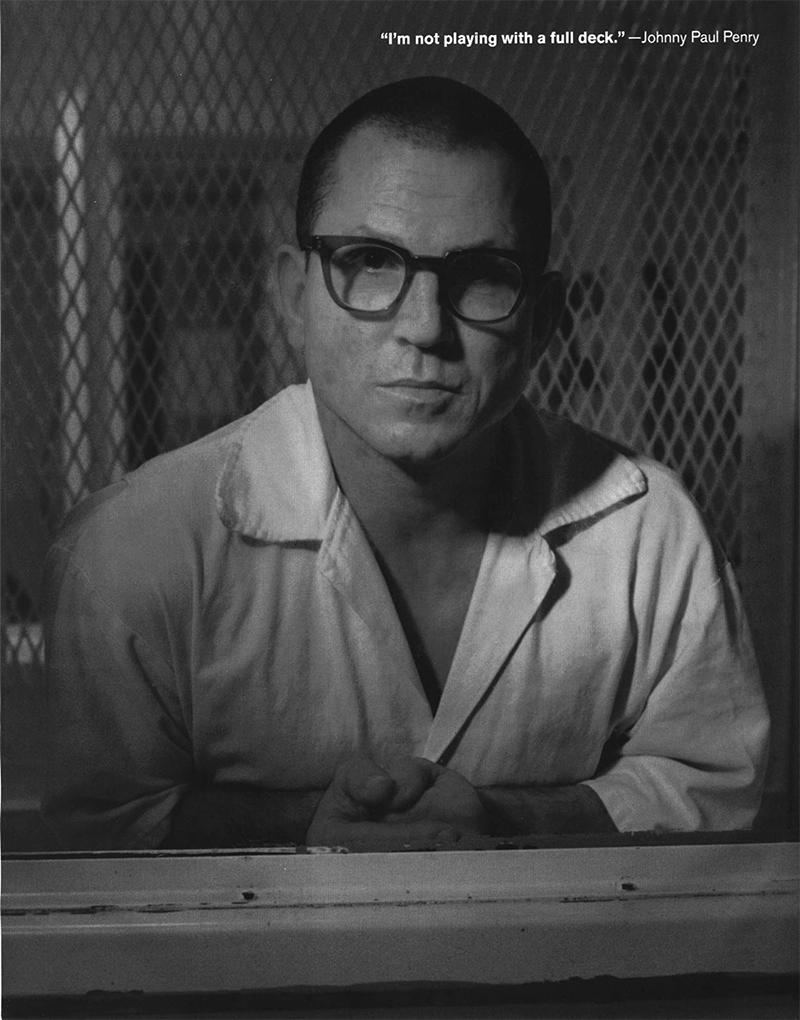 If the Supreme Court agrees with Texas, Penry could be exe­cuted within a matter of weeks. “People don’t want to hear it, but Mr. Penry will be gone soon,” predicts William ”Rusty” Hub­barth, an attorney for Justice for All, a pro-death penalty and victims advocacy group. Anti-death penalty groups believe the case will be remanded back to Texas for a third trial. Further­more Penry is not technically eligible for parole. Although the possibility of his walking free appears to be distant, the Mose­ley family is not reassured by that. “Who knows?” says Ellen May. “Governors change, laws change, his sentence could be commuted-anything could happen over Lime. It scares the liv­ing daylights out of me that he could walk out those doors.”
Although he declined to comment for this article, President George W. Bush has a long history with the Penry case. Last No­vember, as governor of Texas, Bush was awaiting the Supreme Court’s ruling on the presidential election. He had run as a “compassion­ate conservative” and was being criticized for having overseen 150 executions, including at least three of mentally retarded prisoners, in six years-a new record. Indeed, a purportedly re­tarded inmate named Mario Marquez was executed on the morn­ing of Bush’s gubernatorial inauguration in 1995. When the Supreme Court agreed to rehear the Penry case, it saved Bush from having to decide between granting Penry a reprieve and putting him to death.
In an odd twist, Penry’s sister Belinda Gonzales claims that President Bush is related to her family. For evidence she points to a detailed genealogy, self-published by a cousin, about the Bushes in America. Penry is certainly related to a Bush family, but it’s unlikely that family is the presidential Bushes. If a link exists, it is probably a shared ancestor in England centuries ago.
When l asked Penry about the president he said, “Mr. Bush, I think he’s a good man. But he made some mistakes. And he kept on making them and making them, and then he had earned him a new name: executioner! I he ain’t no Christian like he says.”
THIS PAST FEBRUARY I TALKED TO JOHNNY PAUL PENLY AT THE TERRELL UNIT, a modern prison only a few miles from the scene of Carpenter’s murder. Penry seemed eager to please, and he had a certain off­beat charm. But I found the conversation disconcerting.
Dressed in a white uniform, he smiled at me through the plex­iglass and in a soft voice said, “Hello. What are we going to talk about today?”
Penry was shy at first: then he opened up. He pronounced his r’s as w’s-as when he said, ”my momma made me eat my own number two and dwink my own uwine.” His stories wandered, he was distracted by a buzzing noise in the ceiling, and he hap­pily admitted he didn’t know the meaning of some of the words he used-“some people in here look at me like an outcast,” he said, “which I don’t know what that means.” He said he dreams about getting out of jail and getting a job as a busboy.
Yet Penry didn’t appear nearly as “retarded” as he has been portrayed in the reams of press coverage about his case. He was able to carry on a fairly normal conversation, could tell the cor­rect time from his digital watch, and said he could read and write “a little bit.” Suddenly I understood why some prison guards and practically everyone I met in Livingston suspect his claim of retardation is disingenuous.
IT’S FAR FROM OVER. IN FACT, THE DEBATE OVER EXECUTING THE RETARDED is now one of the hottest legal topics in the nation. On March 26, in a surprise move, the Supreme Court decided it Would re­visit whether such executions are constitutional. This fall the court will hear the case of Ernest McCarver, a convicted mur­derer with an IQ of 67; a ruling is expected in 2002. The turn about came exactly one day before the Supreme Court heard the case of Johnny Paul Penry for a rare second time. In Penry’s case the jus­tices are looking at a narrower slice of the law: Did his murder trial jury receive enough inforation about Penry’s retardation to make a reasonable judgment about his fate? The court is scheduled to give its answer in June.
Whether the brouhaha over the Penry case caused the Supreme Court’s surprise move, only the justices know. But if the court does at some point rule against executing the re­tarded, it will be one of the most significant revisions in law since the reinstitution of the death penalty 25 years ago.
Like Nonna McCorvey, the woman called “Roe” in the landmark 1973 Roe v. Wade deci­sion that legalized abortion, Penry has become the focus of a sharply divisive issue. As in Roe, large political forces are arrayed on either side, and the rhetoric is emotional. Indeed, Howard Cosell once called for Penry’s execution during a broadcast of Monday Night Foot­ball, and last year Bianca Jagger wrote an open letter on behalf of Penry for Amnesty International.
And like Nonna Mccorvey, Penry is a flawed icon. Although he’s been portrayed in the media as an amiable naif, he has a long history of violence, and there are questions about how re­tarded he actually is. Both times his case has gone to trial, ju­ries have ruled unanimously to have him put to death.

“Penry is the wrong poster child for the issue of mental retardation,” says Ellen May. “He is not a sweet little boy.”